How is flux created in a coil

I wanted to see if you could VHF retro radio can also build with printed coils. In Eagle you can create such coils with spiral-coil.ulp. In principle there are also calculations of the inductance, but overall there are too many uncertainties, e.g. because of the rest of the line routing and because of the stray capacitances. So you would have to build several boards and test possible variants. 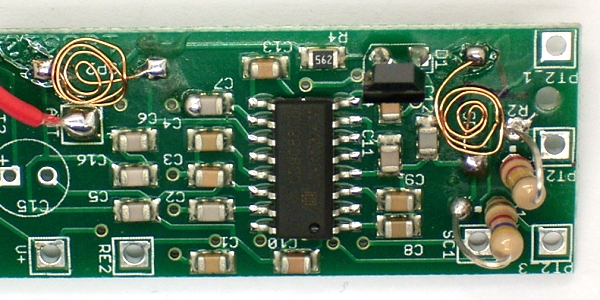 So, to get a rough idea, I made comparable coils with 0.2mm copper wire. Variations in the number of turns and the size can thus be made quickly. In the end, a coil with 4 turns and an outer diameter of approx. 5 mm came out. This allowed the entire FM band to be tuned. 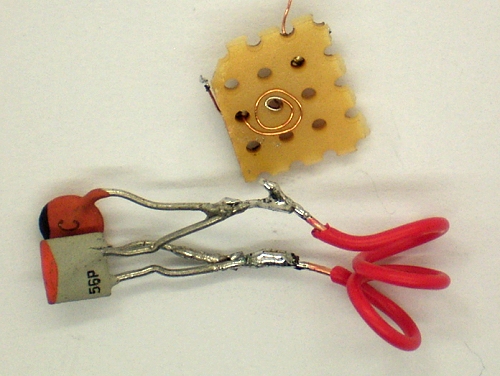 One part of the coil on top, the other part on the bottom, that should result in even smaller coils. I built a model of such a coil on a piece of breadboard. To compare the inductance, I take an adjusted coil from the VHF radio and measure the resonance frequency together with fixed capacitors. The coils can then be exchanged, and so you have a comparison. The oscillator circuit obviously has a total capacitance of just under 60 pF at 0 V tuning voltage. The oscillator wire spool has to be bent apart a little to get close to the lower end of the tape. I achieve the same inductance with a two-layer coil that has 2.5 turns on one side and 1.5 turns on the other side with an outer diameter of 4 mm. 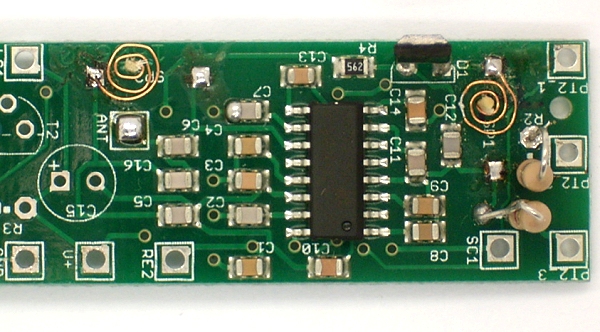 To try this out on the VHF radio board, I drilled a thin hole in the center of the coil and pinched the wire there with a piece of wood (a matchstick). After that I was able to wind and solder the top coil and the bottom coil one after the other. Because the center is firmly in place, the coil can also be shaped to fit afterwards. 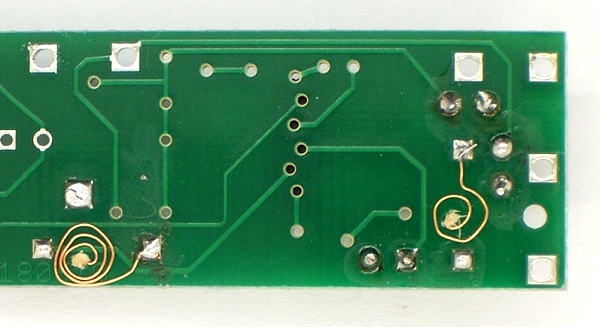 While the oscillator coil has 2.5 + 1.5 turns, 2.5 + 2.5 turns are more favorable for the input circuit. The radio works very well in this form. It remains to be seen, however, whether this can be achieved with printed conductor tracks in the same way. 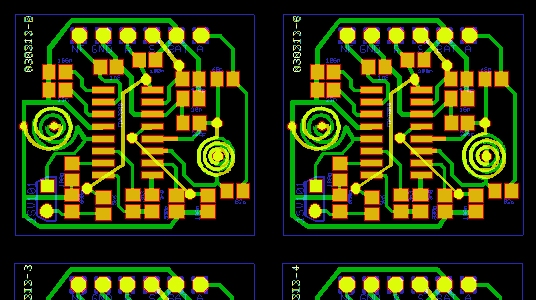 The idea has now been implemented in a circuit board layout. There are a total of six designs with different spool sizes. Now sample boards are ordered first. In my estimation, the best version should be somewhere in the middle. Hopefully it fits! 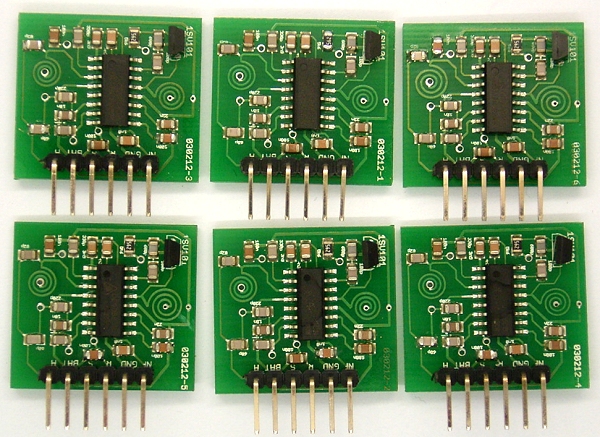 Exciting! The tests show the following: With the oscillator coil, I was right about No. 4 to No. 6. For board no. 6 with the largest oscillator coil and 3 V operating voltage, the tuning range is from 84 MHz to 115 MHz. This is ideal, because the edges can be trimmed with resistors on the tuning potentiometer. # 5 and # 6 have the same oscillator coil but different input coils. With no. 5 the resonance was a bit too high, so that the sensitivity was not optimal in the lower FM band. At No. 6, the input circuit also fitted perfectly, so that my highly valued WDR5 now also comes in well at 88.8 MHz. Conclusion: The layout with the largest coils is the winner. I was just lucky because, according to my estimation, it should have been number 3 or number 4.

Wolfgang Hartmann asked: Pollin currently has a Li-ion battery at a price of 1.95. Why does such a battery have 3 connection points? And are there battery holders for these batteries? This would mean that it could be used universally in small circuits with limited space. Then the question of a suitable charge regulator arises. 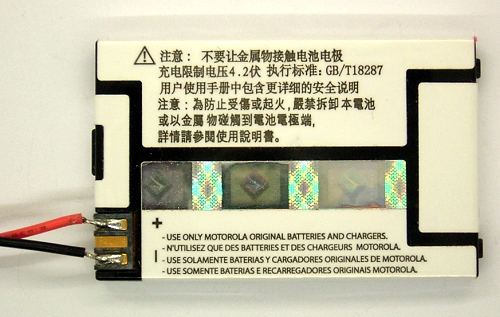 These batteries contain a circuit to protect against deep discharge, overcharging and overcurrent. You only need the outer connections, the middle one remains free. There are no ready-made brackets, but cables can be soldered on very nicely. Used batteries are also still good for small consumers such as radios. If a cell phone battery is no longer good enough, this is mainly due to the increased internal resistance, which is hardly a problem when the load current is low. The self-discharge remains very low, so that these batteries can remain unused for a long time. I installed an old battery in a shortwave retro radio. It has performed well for over a year. For reloading, I use a laboratory power supply and set it to 4.1 V and 200 mA current limit. A charging circuit with an LM314 is also conceivable, as has already been used for NiZn batteries. The charging process is similar: constant voltage and current limiting. 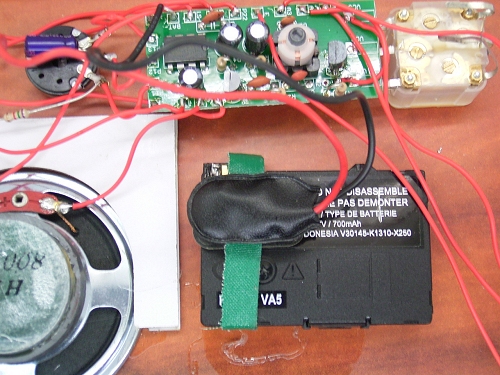 I recently had the case that a device I bought from China that works with a cell phone LiIon battery did not charge it. During the repair (wire off and chip resistor defective), I looked at the charging circuit. The device is supplied via a USB cable. The 5 V from the USB go directly to the battery via a resistor. Here you can rely 100% on the internal protection circuit. Which in my opinion is not a good idea, so I will retrofit a charging circuit with an IC from LT on occasion.

The manufacturer has even saved on capacitors and relies on the low internal resistance of the battery. If this is removed, the following circuit (radio, Bluetooth A2DP receiver and power amplifier) ​​works unstable. The low price must come from somewhere. The batteries only cost € 2 including shipping from China.