#schongewusst: This is how a tornado occurs 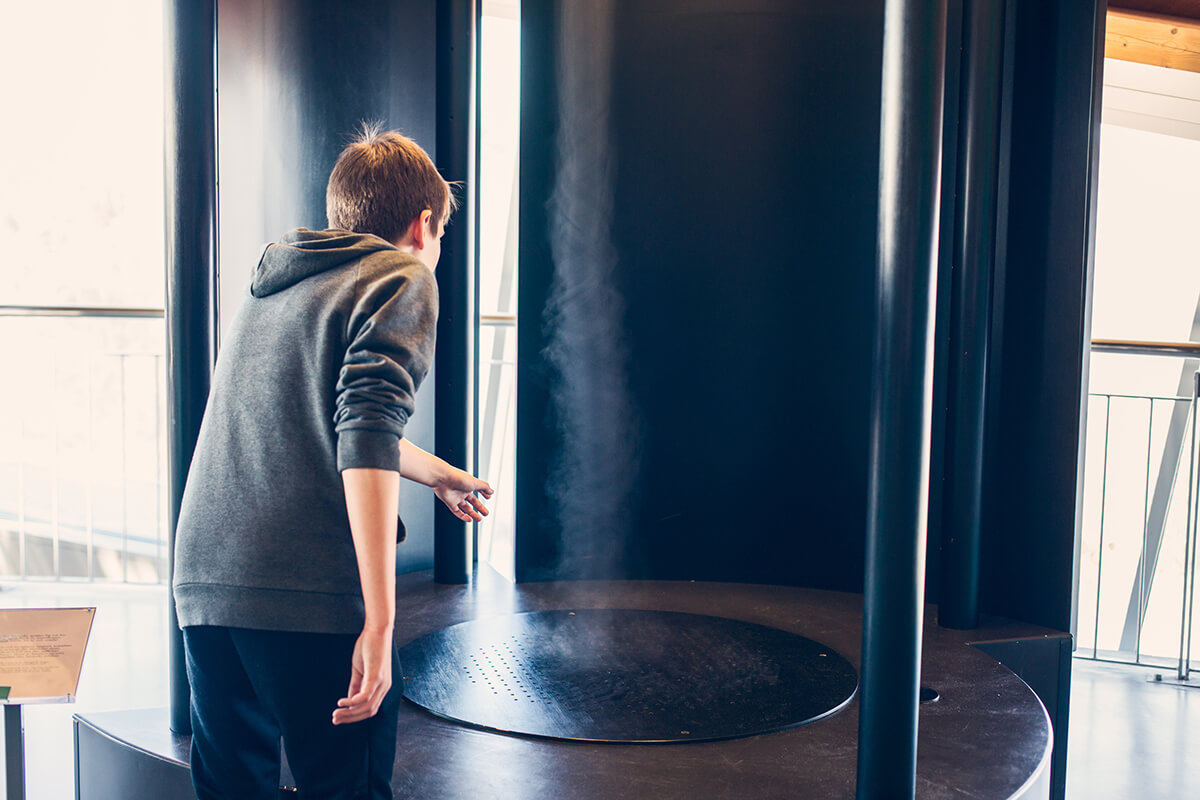 Hard to believe, but true: Even in Bremen, tornadoes occur - much less often than, for example, in large parts of the USA, but sometimes with destructive potential. Our exhibit in the nature themed area of ​​the permanent exhibition illustrates this natural phenomenon and, unlike real tornadoes, is fortunately harmless. But how exactly does a tornado arise? What makes it different from other hurricanes? And how is the tornado simulated in our exhibition? We clarify!

A tornado is an air vortex with an almost vertical axis of rotation that rotates in a small space - its diameter is often only between 50 and 100 meters (for comparison: hurricanes are several hundred kilometers in diameter!). Basically, it can occur wherever there is a thunderstorm - mostly over flat mainland. The prerequisite is that warm, moist air from the ground and dry, cold air from above meet and generate thunderclouds. If there are also different wind directions at different heights, a tornado is not far! Because the resulting rotating movement pulls the thundercloud towards the ground like a trunk or hose and gives the tornado its typical shape.

The speed of tornadoes can be up to 500 kilometers per hour - no wonder they can cause such devastating damage. To make matters worse, you cannot really prepare for them, because they are difficult to predict and occur within a few minutes. By the way: Tornadoes can rotate clockwise as well as counterclockwise, whereas in the northern hemisphere a counterclockwise rotation predominates.

More articles from the #schongewusst series are available here!

But how is the tornado imitated in our exhibition? The principle is actually quite simple: a fan creates a suction that pulls the air upwards, while additional air from four tangentially arranged openings on all four pillars of the exhibit sets the airflow in rotation. Fine water droplets from an ultrasonic fogger make the resulting tornado visible!

And what is the difference between tornadoes and hurricanes, hurricanes & Co.? A hurricane, for example, is a tropical cyclone that usually arises over the ocean and loses its strength as soon as it hits land. If such storms occur over the northwestern Pacific or the Indian Ocean, one speaks of a typhoon or a cyclone. A hurricane, on the other hand, refers to all winds that have a speed of more than 118 kilometers per hour.