Is America behind ISIS

US President Barack Obama's polls are currently in the basement. But when it comes to Iraq, he has most of the Americans behind him: Washington shouldn't send ground troops into Iraq. From a Washington point of view, Baghdad is a hopeless case. The government assumes that Iran and Saudi Arabia will continue their proxy wars there. The conflict does not seem to be resolved militarily. So keep your hands off it.

If it weren't for the ISIS extremists, who are bringing ever larger parts of Iraq under their control, are now destabilizing Syria as well and, sooner or later, could also pose a threat to Jordan, Lebanon or even Israel. So America cannot leave this region to its own devices. Too much is at stake, in the end also the security of the USA itself. If Islamists use the Iraqi civil war to run terror camps, America cannot and will not look the other way. 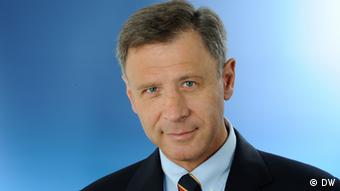 In a nutshell, that is precisely the strategic goal of the Americans: to prevent this region from posing a threat to the security of the United States and its allies. In the end, it is of secondary importance whether Iraq gets a strong central government or whether it is divided into three parts, whether it is controlled in the north by the Kurds, in the west by the Sunnis and in the south and in Baghdad by the Shiites. A de facto breakup of Iraq? The Americans are pragmatic. Vice President Joe Biden, who phoned Iraq's Prime Minister Nuri al-Maliki a dozen times last year and met him several times in person, proposed in 2006 that Iraq should be divided up. Of course, no one can answer the question of whether the region would then be more stable.

Preparation for the extreme

In the short term, Washington is primarily concerned with weakening ISIS, or even better: driving it out. Therefore, military advisers are sent to the region; therefore the US is negotiating behind closed doors with Iran; That is why Foreign Minister John Kerry tries to make it clear to Saudi Arabia and other wealthy Gulf states that it is wrong to tolerate ISIS or to support it financially.

At the same time, Washington is preparing for the worst-case scenario, which is: ISIS cannot be driven out and is marching towards Baghdad. As is well known, Washington maintains the world's largest embassy in the Iraqi capital with around 5000 employees. So if the Iraqi army collapses, America must be able to evacuate its diplomats and families within days. At least eight US warships patrolling the Persian Gulf should be able to handle this logistically.

But it's not that far yet.