In February 2016, a memorable meeting took place in the Jordanian port city of Aqaba. The participants: the Israeli Prime Minister Benjamin Netanyahu, the Jordanian King Abdullah and the then US Secretary of State John Kerry. The content of the conversation: the possible relocation of the Palestinians living in the autonomous areas to northern Sinai. This plan, reported the news channel Al-Jazeera, has existed for a long time. As early as 2004, an Israeli representative suggested that Egypt cede 60,000 square kilometers of northern Sinai for this purpose.

In the summer of this year, US President Donald Trump and Benjamin Netanyahu brought another variant of the deal into play. According to this, Egypt would rule the Gaza Strip while Jordan would oversee part of the West Bank. The rest of the West Bank would control Israel and offer Israeli citizenship to the Palestinians living there.

There are contradicting signals coming from Egypt about the plan - especially about the request to provide land for the settlement of the Palestinians. "President al-Sisi cannot give up a single inch of Egyptian soil," said Egyptian Foreign Minister Sameh Shoukry at the beginning of October this year. In April, however, on a visit to Washington, al-Sisi described the idea of ​​resettlement as the "plan of the century".

The resettlement proposal, which has not yet been officially discussed with the Palestinians, is the latest in a series of proposals aimed at resolving the decades-long conflict between Israelis and Palestinians. In particular, the three suggestions described below are regularly brought into play. 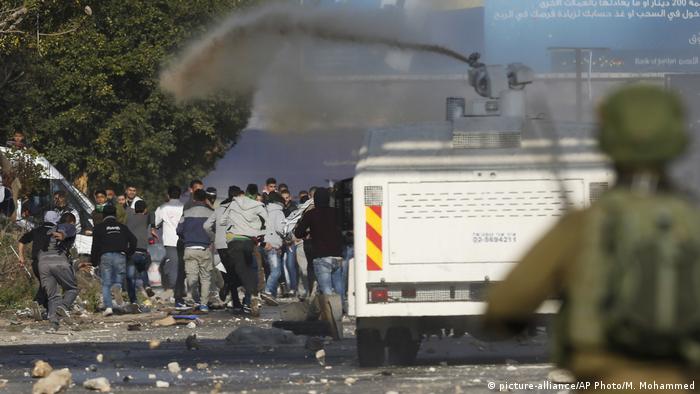 The best-known proposal is the two-state solution. The European Union and the Federal Republic of Germany, among others, are committed to it. The proposal is almost as old as the Middle East conflict itself. It was first discussed in the so-called Peel Commission, which the British mandate had set up in 1937. The commission came to a sobering conclusion: there is an "insurmountable conflict" between the two groups living in close quarters. The groups have nothing in common. "Your national hopes are incompatible." That is why the country must be divided into two states.

The plan was discussed over and over again. It gained new momentum at the beginning of the new millennium - approval rose among both Israelis and Palestinians. However, in the course of the ongoing settlement building, the approval of the Palestinians declined again. Under the Benjamin Netanyahu government, the situation became even more complicated, says Peter Lintl, Israel expert at the Science and Politics Foundation. "Parts of the government have always wanted to see the West Bank as part of Israel. This wing has grown particularly strong in the last two years. This applies in particular to the Jewish Home party, which represents the interests of the settlers. But also in Netanyahu's party, the Likud , there are many voices who would like to annex at least parts of the West Bank. " 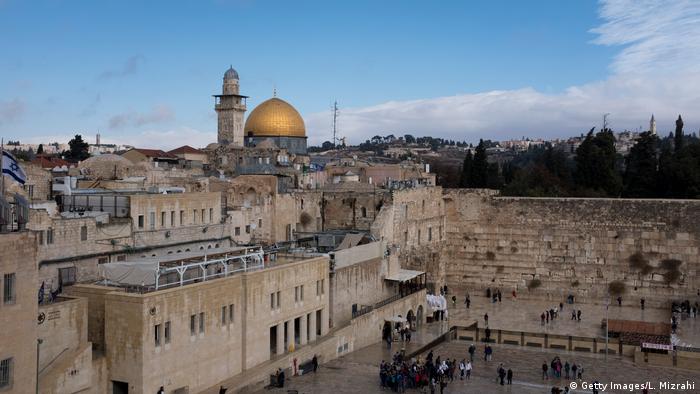 Holy and contested: view of the old city of Jerusalem

In addition, there are other problems, according to Middle East expert Gil Murciano, also from the Science and Politics Foundation: "There needs to be a general sense of the urgency of an agreement in Israel. And the problem of representation on the part of the Palestinians has to be solved must create an authority there that can conduct the negotiations on behalf of all Palestinians. " In view of these difficulties, in 2015 just under half of Israelis were in favor of a two-state solution.

An alternative to the two-state solution would be the one-state solution: Israelis and Palestinians would live together in one state. Most Israelis reject this idea. The most serious problem: the demographic development would undermine the identity of Israel as a Jewish state in the medium to long term. Because if Israel took the Palestinian territories into its own national territory, it would have to grant the Palestinians full civil rights. In this way, however, writes the political scientist Margret Johannsen, who teaches at the University of Hamburg, in her book "The Middle East Conflict", Israel would "de facto become a bi-national state and consequently give up its character as a Jewish state." The majority of Israelis do not want that.

In addition, such a unitary state would have to be established by mutual agreement. Territorial unification would also have to comply with international guidelines. So far, according to international lawyer Christian Tomuschat, this has not been the case. "According to the rules in force, this is simply a foreign territory that Israel cannot easily incorporate."

The historian Michael Wolffsohn presents another suggestion. For years he has been promoting a confederate Federal Republic of Jordan-Palestine with the federal state "West Bank" and possibly the Gaza Strip. In principle, the confederation could also be expanded, in the direction of a confederation of states "Palestine-Jordan-Israel". According to Wolffsohn, this would correspond to demographic realities: around 22 percent of the population in the West Bank is currently Jews, while in Israel, conversely, 23 percent of citizens have Palestinian roots.

In view of these numbers, Wolffsohn believes that population exchange is no longer possible. Instead, he pleads for an enlarged confederation of states. "The Arabs of Israel, who are known to be Palestinians, would remain in Israel and would either be given the right to vote for the Palestinian-Jordanian parliament or, based on an individual decision, for the Israeli parliament," writes Wolffsohn. "Both Jewish-Israeli and Palestinian and Jordanian self-determination would be guaranteed. Likewise the respective statehood."

Neither of these solutions is easy. They all assume a lot. It seems like the only choice left is between the difficult and the very difficult. Obviously there is no peace underneath.