Is the use of stem cells ethical?

Stem cell research and ethics - more than the embryo

The discussion about stem cells and ethics is mostly limited to embryonic cells. But it's not that simple: The iPS cells from the laboratory are also easy to manipulate and can develop into humans.

Problem I: the embryonic stem cell

In order to obtain embryonic stem cells, an embryo has to be destroyed. Does that mean destroying a human life? The dispute over this question is strongly influenced by religious views, and the Christian churches in particular have taken a clear position.

For the Catholic Church the situation is clear: life begins with the fusion of egg and semen, the destruction of the embryo comes close to murder; research with embryonic stem cells should therefore be rejected as a matter of principle.

The Protestant Church sees this in a more nuanced way: It weighs the ethical status of the embryo against the benefit for the patient and could temporarily come to terms with this type of research. Jews and Muslims, on the other hand, find the topic less controversial: for them, life does not begin until 40 days after fertilization. In Asia, too, embryonic stem cells hardly trigger any emotions. It is Christian ethics that struggle with them.

Cell cluster or human? Researchers look at the early embryo from a biological rather than an ethical point of view. They like to point out that at this stage the embryo does not yet have any nerve cells - and therefore no consciousness either. The diagnosis of brain death, a common death criterion, follows the same logic: no consciousness, no human. However, there is no scientific definition of when human life begins.

The term "consuming embryo research" causes unease not only in the Catholic Church. If it becomes routine to destroy potentially human life in a test tube, it is unquestionably a border crossing. Especially when the human embryo becomes the raw material for an industry that makes huge profits in this way.

Scientific progress regularly comes into conflict with ethics. For example, in 1967 with the first heart transplant, in 1978 with the birth of the "test tube baby" Louise Brown and in 1997 with the creation of the clone sheep Dolly. Can we learn from our recent history? At least this is the lesson from artificial insemination: If the medical benefit is convincing, ethical concerns are usually referred to the second link. 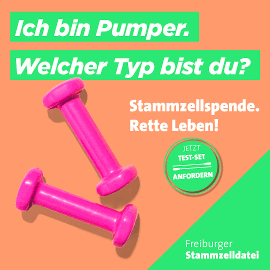 What is already a reality in mice is now within reach in humans1. Together with the advances in genetic engineering, the prospect is unsettling: iPS cells can be produced from any human being, the genome of these cells can be modified and the cells modified in this way become part of another person - who passes the manipulated genome on to his children2.

Two aspects make the iPS cells particularly susceptible to manipulation: First, they are relatively easy to generate. What was reserved for a few specialists with the dolly method can now be carried out in any well-equipped laboratory in the world. Second, every human genome is available. A small piece of skin is enough to obtain iPS cells from it.

IPS cell technology will continue to develop and that may help treat diseases that have hitherto been incurable. But it will also open up the possibility of permanently changing parts of our genetic information.

Society must become aware of the dangers and stop ethically questionable developments before they have taken hold. And set up what prominent stem cell researchers have long been calling for: clear rules and laws that bring the use of iPS cells in line with our ethics.

With the cloned sheep Dolly, reproductive cloning became a real possibility. That aroused fear fantasies that resemble science fiction films - insane dictators, for example, who clone themselves or create armies of invincible warriors. In fact, the transfer of a cell nucleus (for example from the skin) into an egg cell can achieve something amazing: the genetic material of an adult animal is returned to its original state and reborn in a new living being.

In 2013, researchers in the USA succeeded for the first time in cloning human cells through nuclear transfer3. A little later, a little noticed study in China attempted to use such cells for the treatment of an eye disease4. However, further applications of cloned cells remain in short supply: the technique of nuclear transfer is so difficult and time-consuming that it is now rarely used.

However, if reproductive cloning is also used in humans in the future, we will face a major problem. On the one hand, it is clear that almost everyone finds the idea of ​​a cloned human deeply unsettling and disgusting. But it is just as certain that some people feel drawn to it. How do you prevent the abuse of a method that could easily be carried out in small illegal laboratories?

May 6, 2021
Chimera of man and monkey - a means to an end
Researchers inject human stem cells into early embryos of monkeys. However, the long-term goal is human organs in pigs.
more...