How did dermatology begin

History of the clinic

Georg Sticker (1860-1960) was the first to describe erythema infectiosum in 1899. He was later professor for the history of medicine in Würzburg. In 1906 a department for skin and venereal diseases was set up in Giessen. Albert Jesionek (1870-1935), a pupil of Karl Posselt in Munich, was hired as its director.

As an adjunct professor, Jesionek initially ran a small outpatient department in the basement of the medical clinic, but then pushed through the construction of a sanatorium for skin tuberculosis (1913) and an independent skin clinic (1914). In 1916 he was appointed full professor. This made Gießen the fourth university in Germany to receive a full professorship for skin and venereal diseases.

Jesionek was particularly interested in skin tuberculosis, "lupus vulgaris", from which more than ten percent of his patients suffered and which was accompanied by terribly disfiguring skin changes. Jesionek made use of the new knowledge of the Danish Nobel Prize winner Niels Finsen about light therapy: in the Lupus sanatorium (today's Seltersberg Clinic), skin tuberculosis was treated with "light baths", among other things.

Jesionek also tried to stimulate the defenses of his patients through air, exercise and diet. He summarized the results of his research in several textbooks ("Light biology", 1910; "Light biology and light pathology", 1912; "Biology of healthy and sick skin", 1916; "Tuberculosis and skin", 1929).
Jesionek also shared his interest in biological relationships with his students. Special mention should be made of the Hungarian Stephan Rothman (1894-1963), who is considered one of the outstanding dermatologists of the 20th century.

Rothman worked at the Gießen Dermatology Clinic from 1920 to 1928, then moved to Budapest, where he served as Secretary General in 1935. International Congress of Dermatology, and in 1938 accepted an appointment at the University of Chicago. Rothman was the first to demonstrate the vitamin D precursor 7-dehydrocholesterol in human epidermis, examined the composition of sebum lipids, showed the connection between skin lipids and bacterial colonization of the skin and described the photoprotective effect of para-aminobenzoic acid, which is still used in many sunscreens today becomes. His textbook "Physiology and biochemistry of the skin", published in 1954 and dedicated to Albert Jesionek, had a pioneering effect.

Four employees of the Gießen Dermatology Clinic, who completed their habilitation under Albert Jesionek, later also became professorships for dermatology. In addition to Stephan Rothman, these were Walther Schultze (1893-1970), Sigwald Bommer (1893-1963) and Wilhelm Engelhardt (1895-1977).

Walther Schultze worked in the field of dermatological radiation therapy and skin physiology. He was particularly interested in the effects of skin cleansing. In 1934, Schultze von Gießen moved to the University of Jena, but returned to his old place of work a year later as Jesionek's successor.
The time of the 3rd Reich had serious consequences for German dermatology. At all universities, dermatologists of Jewish origin were pushed out of their positions and replaced by party members whose scientific qualifications often left much to be desired. Walther Schultze's appointment also had political reasons: Schultze was a staunch National Socialist. In 1945 he was removed from office. The management of the dermatology clinic, which was badly damaged in the war, was taken over from 1945 to 1949 by his former senior physician Hans Koehler (1908 - 1973), who in 1965 became the first professor of dermatology at the Medical University of Lübeck.

From 1949 to 1969 the University Dermatology Clinic Gießen was under the direction of Rudolf Maximilian Bohnstedt (1900-1970), a student of the famous Munich dermatologist Leopold Ritter von Zumbusch. In 1935, for political reasons, Bohnstedt had to leave the Munich University Dermatology Clinic and worked as a resident dermatologist in Dresden and Berlin until the end of the National Socialist dictatorship. After being appointed full professor of dermatology in Giessen, he rebuilt the dermatology clinic.

Bohnstedt's successor was Leonhard Illig (1920 - 2011), a student of the Freiburg dermatologist Karl Wilhelm Kalkoff. Illig headed the Department of Clinical and Experimental Dermatology at the Gießen Dermatology Clinic.

In addition, an independent chair for andrology and venereology was created in 1980 for Bohnstedt's student Wolfgang Meyhöfer (born 1922). Meyhöfer's scientific focus was on studies of the DNA content of spermatozoa and the influence of drugs and trace elements on male fertility, while Illig dealt with hemorrhagic diatheses, urticaria and malignant melanoma.

The dermatology clinic was enlarged by a polyclinic extension, modern laboratories for andrological functional diagnostics, an allergy outpatient clinic and an outpatient tumor clinic were expanded. Outstanding employees at that time were Walter Krause (born in 1939; later head of the andrology department at the Dermatology Clinic of the University of Marburg), Max Hundiker (born in 1937; from 1984 chief physician at the Hornheide Clinic at the Westphalian Wilhelms University of Münster) and Eberhard Paul ( born 1942; from 1989 chief physician at the Dermatology Clinic Nuremberg).

When Illig and Meyhöfer retired almost simultaneously in 1988 and 1989, their two departments were merged again. Wolf-Bernhard Schill (born 1939), who came from Otto Braun-Falco's clinic in Munich, became the new director of the Center for Dermatology and Andrology at the Justus Liebig University in Gießen in April 1989.

Schill's scientific focus was on clinical and experimental andrology, reproductive medicine, reproductive biology and reproductive toxicology. In close cooperation with the University Women's Clinic (Director: Prof. Dr. W. Künzel) and the Society for the Promotion of In-Vitro Fertilization and Reproductive Medicine (Head: Prof. H. Gips), childless couples could be looked after using the procedures of In-vitro fertilization and microinjection can be optimized. On the other hand, the close cooperation with the Urological University Clinic (Director: Prof. W. Weidner) led to the establishment of the andrological training center of the European Academy for Andrology, which was awarded this title in 1995 after an international assessment. An andrological symposium was held once a year in cooperation with the Urological Clinic. After founding a working group on endocrinology, reproductive medicine and microsurgery, which includes employees from the women's clinic, the dermatological clinic and the urological clinic, the intracytoplasmic injection of testicular and epididymal spermatozoa in patients with azoospermia was successfully started in 1997.

The following employees have completed their habilitation since 1989:

Martin Nilles (born December 29, 1952)
1995 to 1996 chief physician at the Hornheide specialist clinic at the Westphalian Wilhelms University in Münster,
since then resident dermatologist with a focus on dermatohistopathology in Giessen.

Frank-Michael Köhn (born September 21, 1961)
Since 2004 associate professorship, senior physician at the clinic and polyclinic for dermatology and allergology of the Technical University of Munich, since 2006 resident dermatologist with a focus on andrology in Munich.

Peter Mayser (born June 13, 1960)
From 01/05 associate professor at the Center for Dermatology and Andrology at the Justus Liebig University Giessen, from 01.04.2005 to 31.1.2009 acting head of the clinic, since then senior physician at the clinic for dermatology, venereology and allergology at the UKGM.

Thomas Monsees (born February 25, 1962)
From 7/03 research assistant at the Institute for Anatomy of the Technical University of Dresden, from 2/08 Associate Professor at the Department of Medical Biosciences, University of the Western Cape, Bellville, South Africa.

Andreas Jung (born September 25, 1962)
From 9/09 adj. Professor at the Clinic for Dermatology, Venereology and Allergology at the UKGM.

After Schill's retirement on March 31, 2005, the Center for Dermatology and Andrology was temporarily headed by Peter Mayser (born 1960) until January 31, 2009. 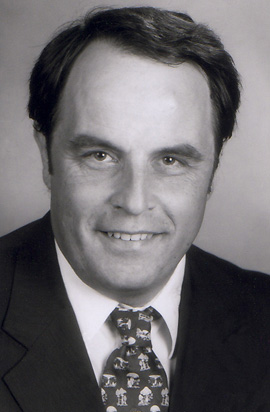 Matthias Goebeler (born 1963) headed the clinic from 02/01/2009 to 09/30/2011. When he took office, the Center for Dermatology and Andrology was renamed the Clinic for Dermatology, Venereology and Allergology. The andrology department was separated and integrated into the urology clinic. 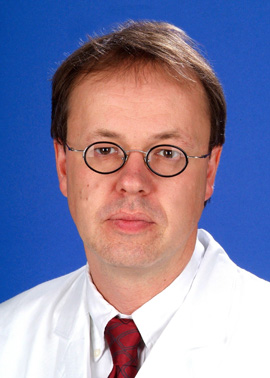 Goebeler’s clinical focus is on autoimmune blistering dermatoses and psoriais vulgaris. Scientifically, he investigates the molecular mechanisms of inflammatory processes with a special focus on the role of the vascular endothelium. On October 1, 2011, he switched to the chair of dermatology in Würzburg.

From October 1st, 2011 to November 30th, 2015 the Clinic for Dermatology, Venereology and Andrology was provisionally headed by Uwe Gieler.

The Department of Dermatology and Allergology has been headed by Thilo Jakob since December 1st, 2015.