Hi-Rez is now announcing the closure of the Smite Tactics (PC, PS4, Xbox One) or “Hand of the Gods” servers. That was supposed to expand and strengthen the “Smite” brand, but the mix of X-Com and Hearthstone was never really successful. In the last 30 days, Smite Tactics had an average of 1.8 players on Steam.

What kind of game is Smite Tactics? It's not that easy to describe. After the success of the action MOBA Smite, the studio, Hi-Rez, wanted to establish more games under this brand.

"Hand of the Gods: Smite Tactics" appeared in late 2016. It's a mix of strategy and card game. With the worlds of gods from SMITE, players can create decks like in a card game. They didn't just play these cards, they put them on the playing field.

As a strategist, you can then control these figures.

What went wrong The game just couldn't prevail or really get known. There was no blooming phase worth mentioning, the game never took off.

Smite Tactics had a hard time finding its target audience and apparently even explaining to people what to expect in the game. Hi-Rez has done a lot to bend it again:

But it was unsuccessful. The average number of players on Steam has long been disastrous:

How did it end now? Hi-Rez announced a year ago that they were not planning any more “big content” for Smite Tactics.

Now the news came that the servers will close on January 1st, 2020. Each player receives 100,000 runes to enjoy the game while it is running.

After that, it will no longer be playable.

This is behind it: Hi-Rez had tried to do more than just SMITE for the past few years and tried to bet on the right horse with a few games:

Particularly bitter: In 2019, the MOBAs Dota 2 and League of Legends developed their tactical spin-offs, Dota Underlords and Teamfight Tactics, and were extremely successful with them. 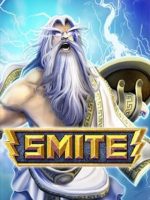 SMITE is a free-to-play MOBA that is played from the third-person perspective, which is unusual for the genre, and which is very similar to MMOs in terms of the feel of the game. “Battleground of th ...