What is the chemical name for silicone

Among the plastics, silicones are an exceptional talent and, as an all-rounder, combine chemical resistance to a large number of chemicals with high temperature resistance and flexibility even at low temperatures of down to -100 ° C. They are resistant to the effects of the weather, UV rays and ozone. Above all, however, they are physiologically harmless, which means they can be used in a wide range of applications in the pharmaceutical and food sectors as well as in medical technology. We encounter products made of silicone in everyday life when we take the freshly baked cake out of the cake pan or take our mobile phone out of its case. Often they go undetected, but ensure that our jacket stays dry even when it rains, the seals on the window reliably keep the wind out or our car runs like clockwork.

It all started with a failed attempt ...

The English chemist Frederec Stanley Kipping (1863-1949), who dealt with the chemistry of silicon at the beginning of the 20th century, actually wanted to synthesize silico-ketones, analogous to the then long-known representation of ketones from acid chlorides via the Grignard reaction . But instead of a liquid, easy-to-use “silico-ketone”, a sticky, white mass came out that, as he quickly realized, had little to do with a ketone and with which he did not know what to do with.

Because instead of ketones with the hypothetical molecular formula R2Si = O he had synthesized polysiloxanes, the basic building blocks of all silicones.

The name is still reminiscent of Kipping and his fundamental work - the word "silicone" is derived from "silico-ketone". It was not until years later that polysiloxanes were the first synthetic polymers to be processed into a material in combination with glass fiber material, which, however, went unnoticed and was soon forgotten. The polysiloxanes only achieved their breakthrough when Kipping's complicated and unprofitable synthetic route was replaced by the much simpler “Müller-Rochow synthesis”. 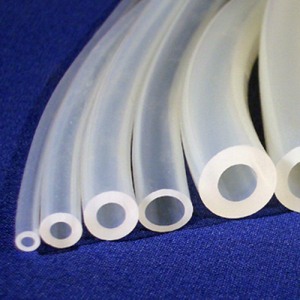 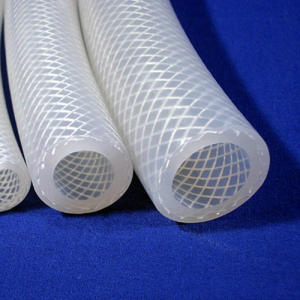 Almost at the same time, at the beginning of the 1940s, the chemists Richard Müller (1903-1999) in Germany and Eugene George Rochow (1909-2002) in the USA had applied for a patent for the synthesis of chloromethylsilane. Both conducted methyl chloride at high temperatures over high-purity silicon in the presence of copper as a catalyst. This results in mono- or polysubstituted chloromethylsilanes which, separated by fractional distillation, are starting materials for the synthesis of polysiloxanes. The synthesis, named after its two developers, has not lost any of its topicality even after more than 70 years: even today, over 90% of chloromethylsilanes are produced on an industrial scale using this route. 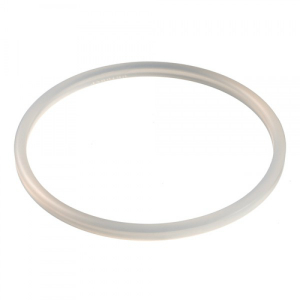 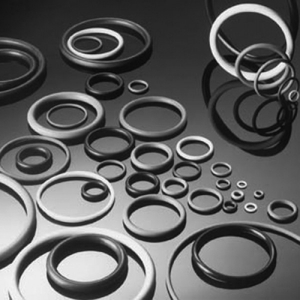 A new kind of plastic

In contrast to "normal" plastics, synthetic polymers based on silicone are not based on -C-C chains, but rather on a -Si-O-Si basic structure. The bond energy of the silicon-oxygen bond (-Si-O bond) is higher than a comparable carbon-carbon bond (-CC bond), which is reflected in the high temperature, ozone and UV resistance of the silicones reflects. This difference makes the synthetic plastic unique and explains the wide range of applications.

We encounter synthetic polymers based on silicone as silicone oils that are found in impregnating or anti-foaming agents, as solid silicone resins that are applied to buildings and building material surfaces as protection against moisture, and as elastic silicone rubbers.

The great variety is due to the structure of the silicone, because every silicon atom in the - (Si-O-Si)xChain has two free valences.

These can either be linked to an organic residue such as a methyl group (-CH3), saturated or networked with other Si atoms via oxygen atoms over a large area or in three dimensions (two- or three-dimensional). The higher the degree of crosslinking with oxygen, the harder the plastics become.

Silicone rubbers - in a class of their own 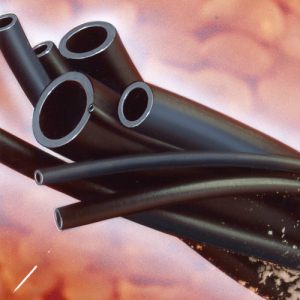 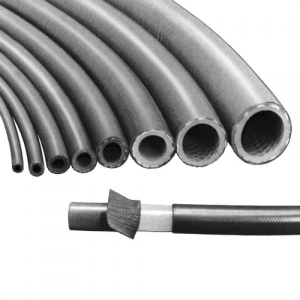 The peroxide process has been used for over fifty years and is technically mature. For peroxidic crosslinking, organic peroxide compounds, for example bis-2,4-dichlorobenzoyl peroxide or bis (1-methyl-1-phenylethyl) peroxide (dicumyl peroxide), are used, which start the polymerization reaction and decompose at elevated temperatures.

Peroxidically crosslinked silicone rubbers must therefore be tempered for a longer period of time at temperatures <200 ° C. after the end of the reaction in order to remove the by-products of free radical polymerization from the plastic. 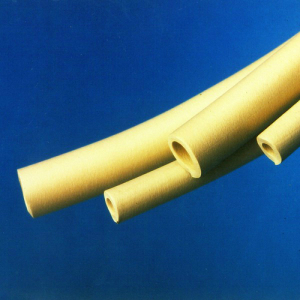 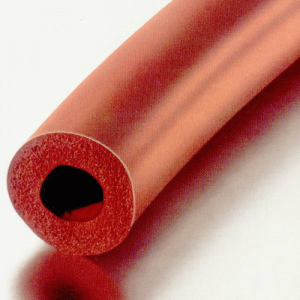 For plastics that are used in the medical, pharmaceutical or food sectors, many manufacturers have switched to platinum-crosslinked silicone rubbers right from the start. Here platinum or platinum organic compounds are used as catalysts.

These remain in the product in such small quantities that the approval authorities, such as the FDA or BfR, have no concerns and the silicones produced using this process are approved for use in the medical, pharmaceutical and food sectors.

During condensation crosslinking, the terminal hydroxyl groups of the siloxanes react to form polysiloxane chains, which are crosslinked using short-chain, bifunctional amines, alcohols or carboxylic acids to form two- and three-dimensional polymers, elastic silicone rubbers. Organotin or organotitanium compounds serve as catalysts; the reaction is started by atmospheric oxygen. Space-crosslinking silicone rubber formulations are used, for example, in the construction sector as joint seals.

By varying the silicone rubbers used and the types of crosslinking, silicones can acquire special properties. HTV silicone rubbers are flexible and durable in a wide temperature range from -50 ° C to 200 ° C, sometimes up to 300 ° C. They can be found in seals in the automotive or food industry, in cable sheathing or as a damping material.

RTV silicone rubbers are valued primarily for their thermal conductivity and electrical insulation properties, which is why they are preferably used in the electrical and electronics sector.

Additives improve the properties of the polymers

Polymers made of silicone usually need fillers such as pyrogenic silicon dioxide (SiO2) or other inert substances. There is no need for other auxiliaries, additives or stabilizers, but above all plasticizers, for silicone polymers. Many materials in medical technology, in the pharmaceutical sector or in the food industry therefore consist of silicone rubbers. The physiological harmlessness of silicone hoses, seals or plugs made of silicone, their high purity and, last but not least, the fact that the plasticizer-free material can be sterilized using all common methods speak in favor of their use in these areas. 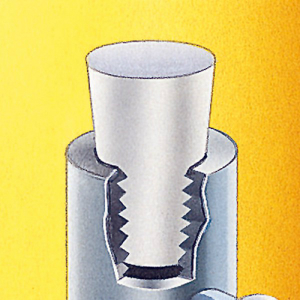 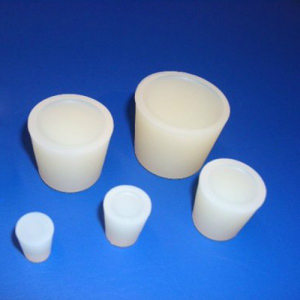 Synthetic Polymers of the Future

Silicones have properties that make them indispensable as high-tech materials in many areas. In the future, new processes could expand their scope even further. There are first, promising attempts to use silicones in 3D printing. This means that user-specific products can be manufactured even faster and more efficiently. A new form of silicone are silicone nanofilaments with dimensions in the nanometer range. They show extreme properties and can, for example, give surfaces “superhydrophobic” properties that are many times greater than the hydrophobicity of “ordinary” surfaces, such as that of plastics. This would make the development of materials with completely new properties conceivable - the future of silicones remains exciting!